Fredy gives her series Homo Bulla a very special form. In the centre of the balanced, insubstantial bubbles are miniature bronze figures. Roughly moulded, as though they are meant to be mere sketches; indicating the origin of a sculpture. In some of her works, the figures are harrowing lonely as they seem to move, crawling and groping along the bottom of life. In other bubbles, there are groups of people embracing each other and, in one bubble, a couple is making love. This is how Fredy E Wubben depicts that turning to each other and finding strength is the way to face up to tribulation. 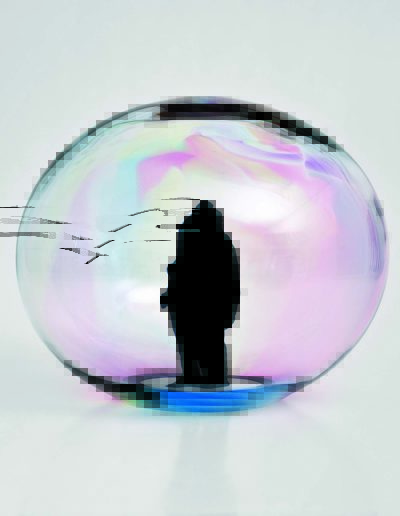 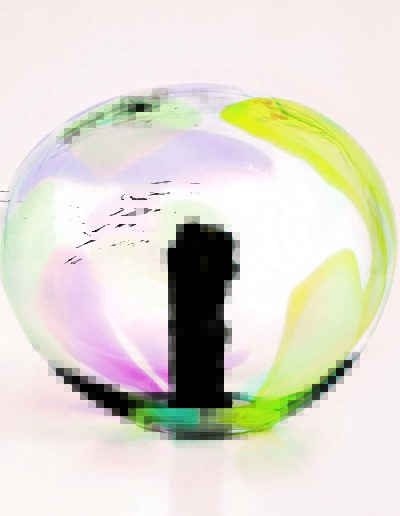 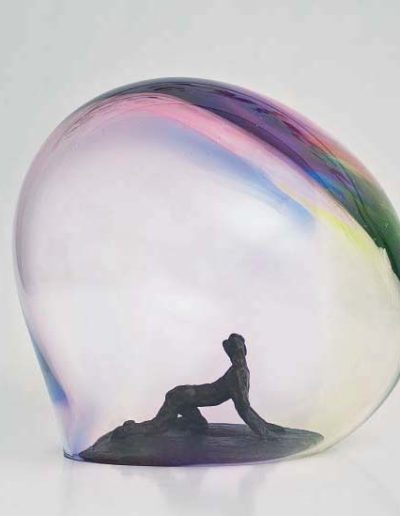 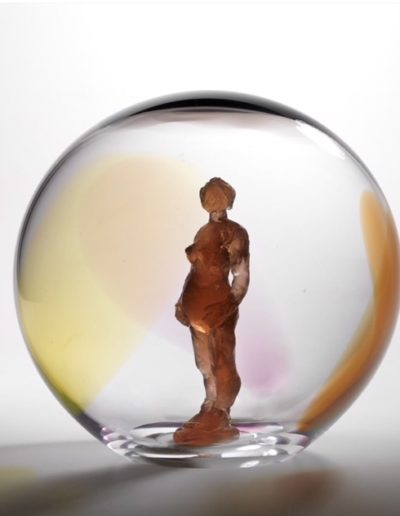 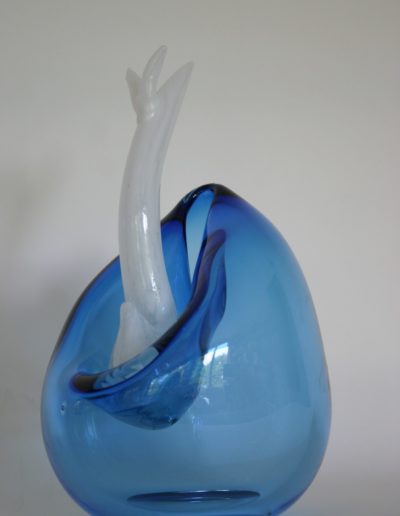 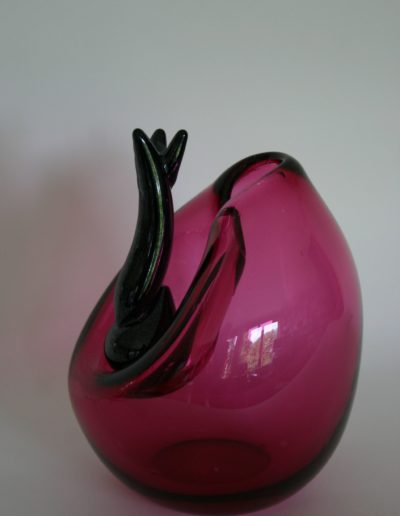 The source of inspiration for this series is the world of plants. The shapes and colors change continuously during the growth and blossoming process. A moment of this is captured in the solidified glass.

The basic shape (the blown sphere) is pressed with a round metal shape while the glass is hot on the pipe. This changes the shape. When the blown basic shape is cooled, a glass shape is kneaded to the pipe e.g. a pestle and cooled placed into it. 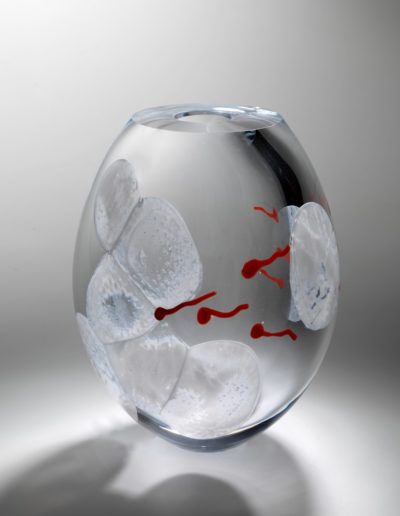 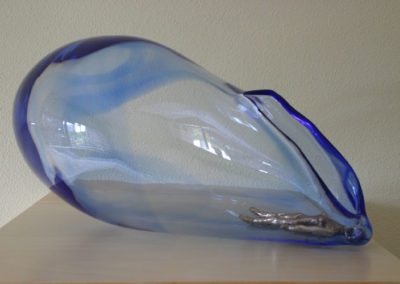 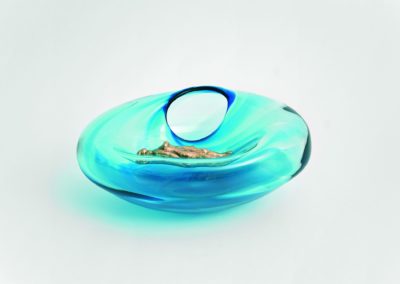 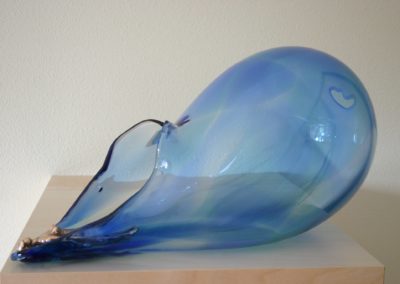 The imagination of John Everett Millis from 1852 of the drowning in a clear forest stream, is engraved in many peoples memorie. There goes the young girl, her life broken to pieces….. 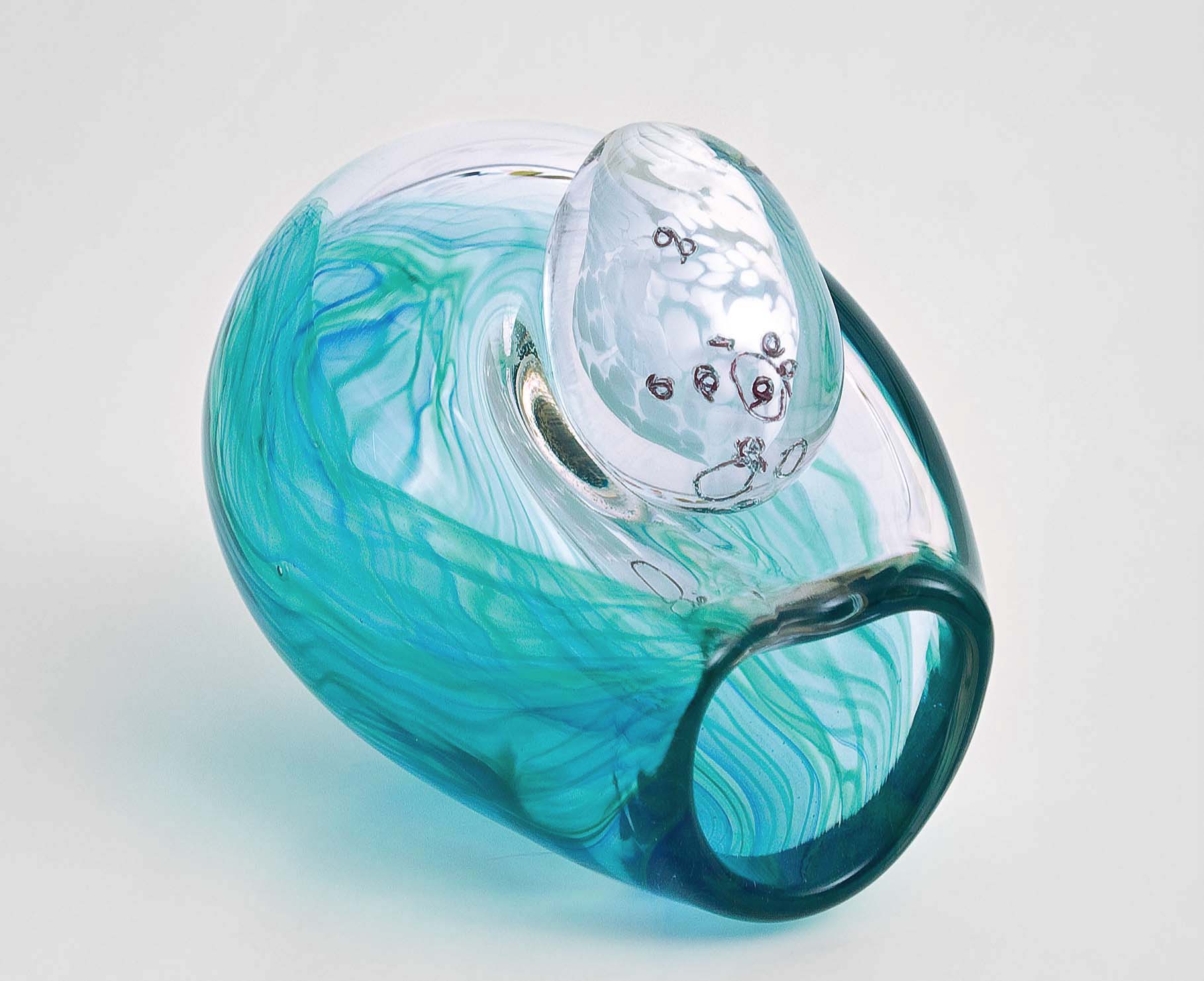 Semillas de la vida en el agua portrays a supine glass figure on which flowing lines are depicted. On the ‘lips’ of the form lies a bubble that is filled with forms that symbolize the beginning of all life. It is a sculpture that makes people think about the mystery of origin that chooses its own moments in such an inimitable way. 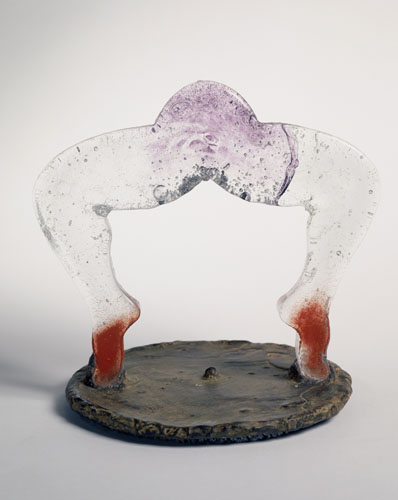 The inspiration for “Heavenly fruits” is the eternal reproduction. A powerful pistil enters the flower and influences its shape. The elements of nature are constantly in motion and connected with each other through beauty.

Execution in glass and bronze or aluminium. 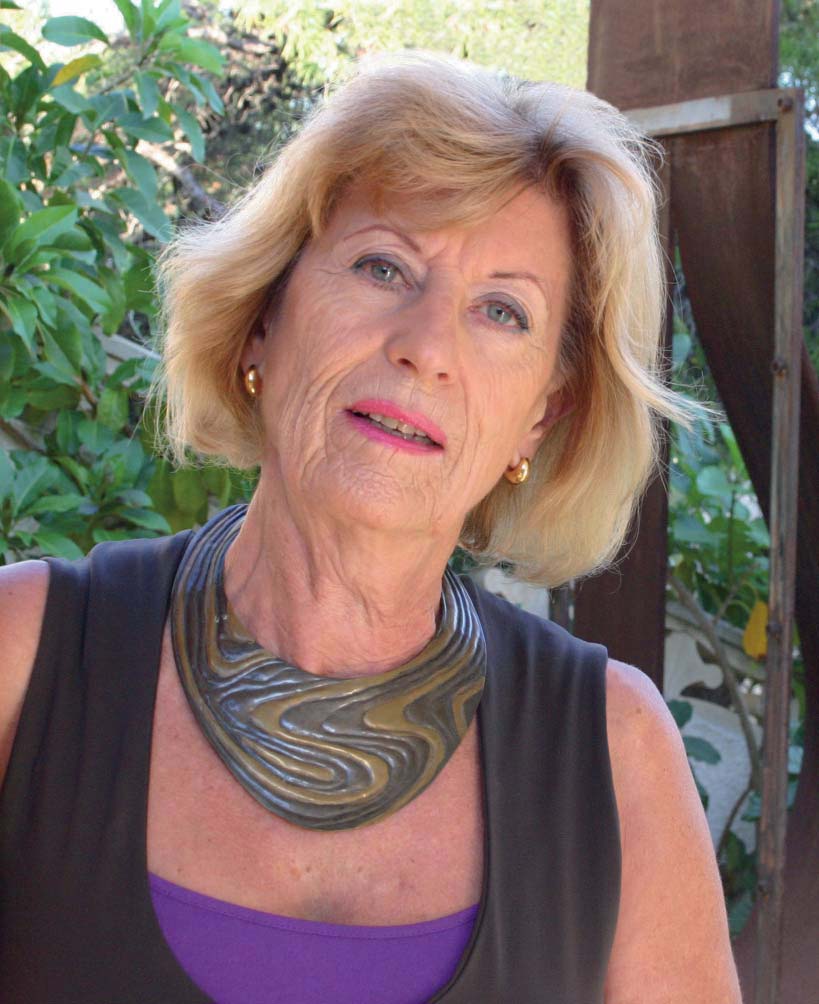 Beautiful series of glass, whether or not in combination with bronze. The Kings glasses. Monumental statues, paintings and drawings. Spatial work, agile and versatile.